As a general rule, I think ceiling fans are ugly.  Unfortunately, in my little ol’ apartment sans central air, I need to have a ceiling fan to help circulate the air, especially since I’m prone to burning things in my tiny ol’ kitchen. 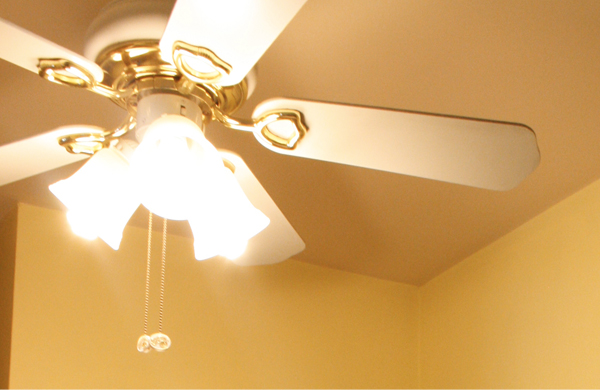 After a year of trying to ignore this ugly ceiling fan, one day I broke down and decided that I had to do something about it. 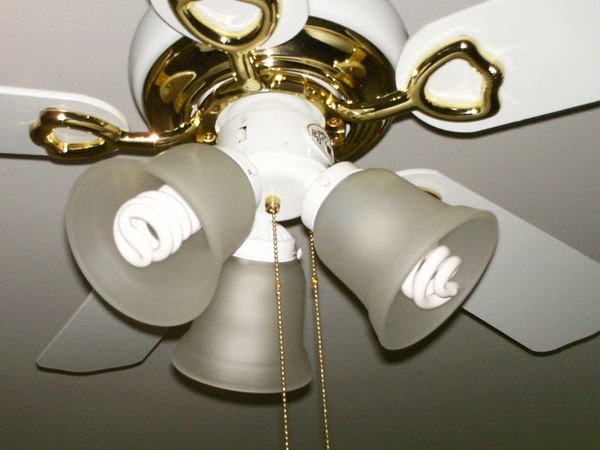 I looked in to buying a pretty ceiling fan, but the only pretty fan I could find was this one by Minka-Aire, and it retails for around $1,000.

So, I turned to plan B which was to give my current ceiling fan a facelift.  Here’s what I did:

The gold/brass accents had to go/be spray-painted white.   To get to them I used a screwdriver to disassemble the fan like so:

Remove the light bulbs and unscrew the glass light covers. 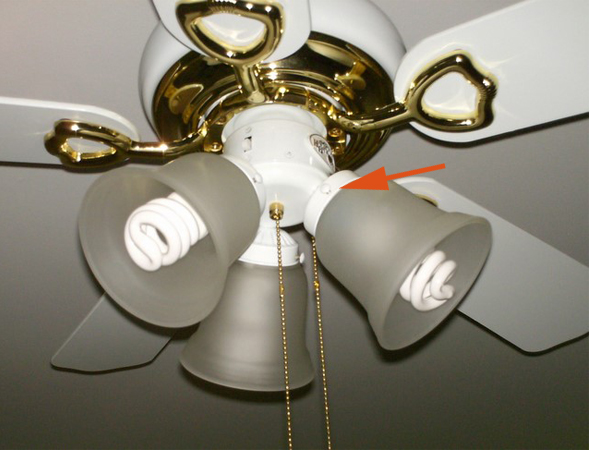 Unscrew the fan brackets from the fan blades. 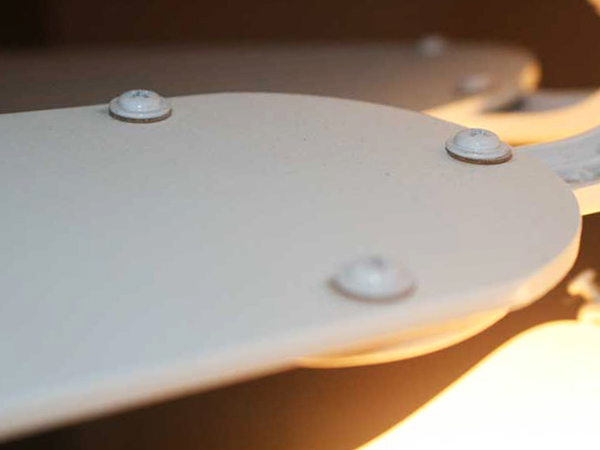 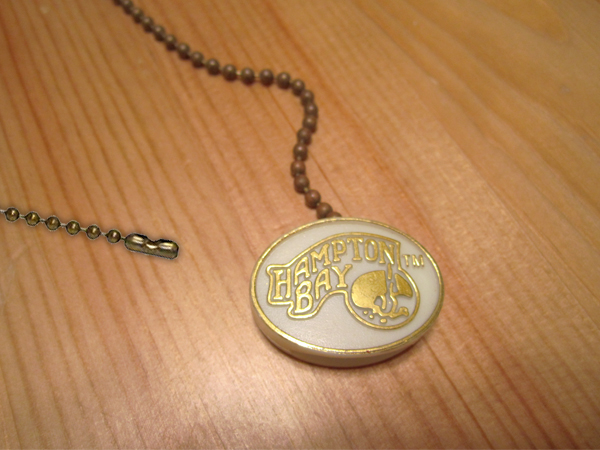 Then, the brass ring around the base of the fan could not be detached so I blocked off the surrounding parts of the fan with newspaper and painters tape. 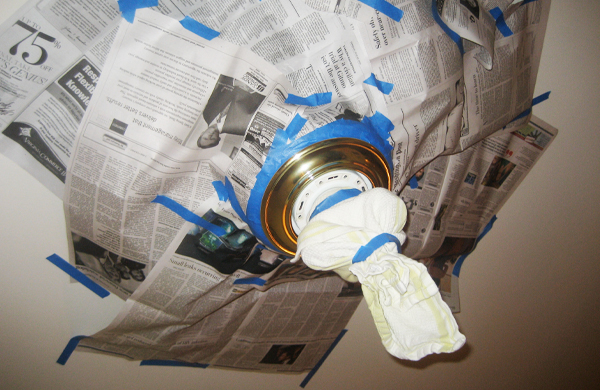 And before I got to spraying, I made sure to cover the floor and nearby walls with a tarp and used sheets since spray paint has the propensity to float through the air and get on EVERYTHING.

Then finally I started with the paint - I did three light coasts, waiting about 15 minutes between each coat.  I used Rusto-oleum’s all surface gloss pure white spray paint.  As far as I’m concerned it’s the best spray paint at Home Depot. 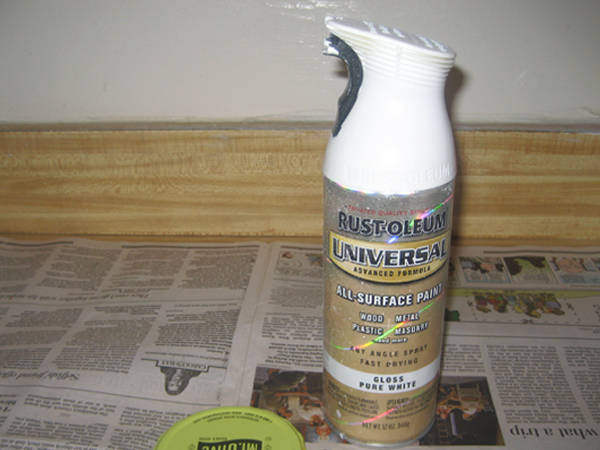 While I was waiting for the fan parts to be dry enough for re-assembly, I worked on a shade to replace the three tacky light bulb covers.

I took a 15-inch drum lampshade I’d scored at HomeGoods for $12 and covered it using a yard of white spotted fabric and some white grosgrain ribbon from Joanne’s.  The process I followed was exactly the same as this which I described in my post about my bedroom lampshades. 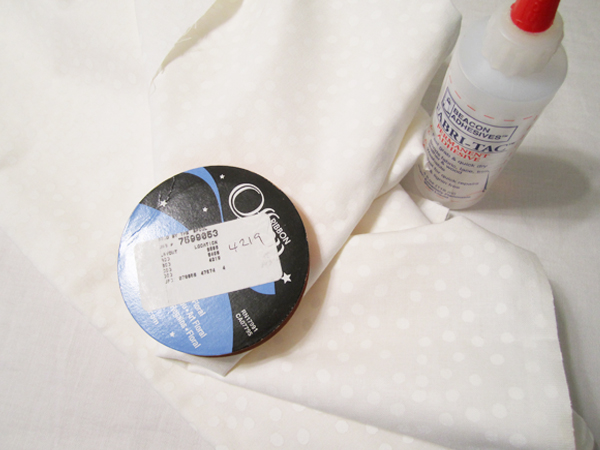 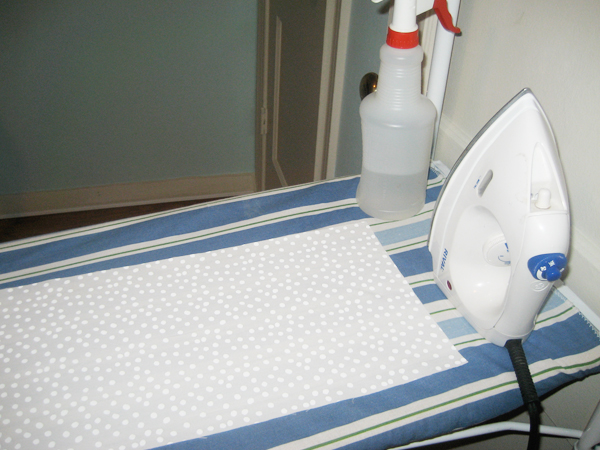 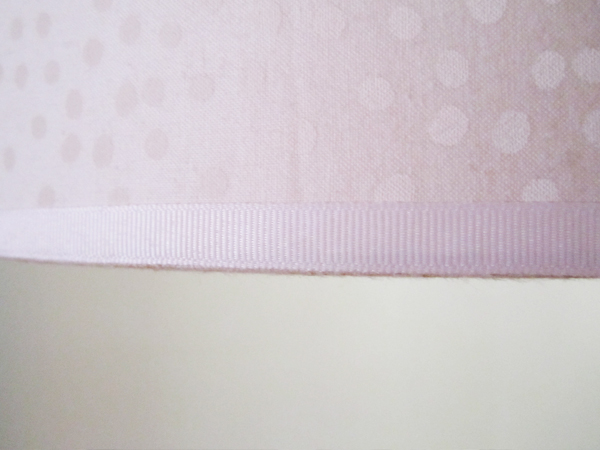 I also made some new pulls to replace the ball-chain ones.  I used fishing line and these white glass beads from Joanne’s. 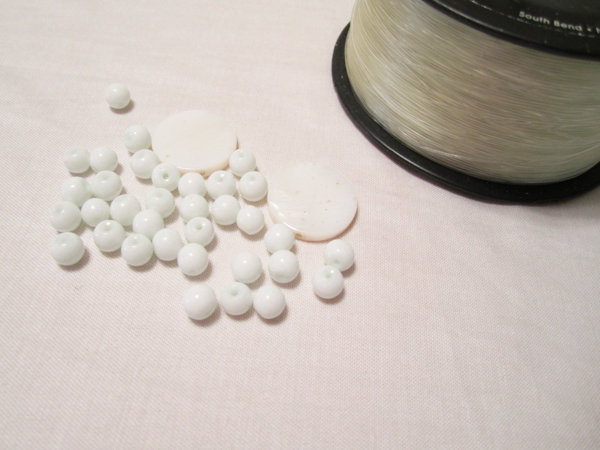 When everything was dry, I attached the shade to the fan – the little circle part of the shade designed to sit on top of a lamp’s harp fit perfectly onto this little round part of the ceiling fan. 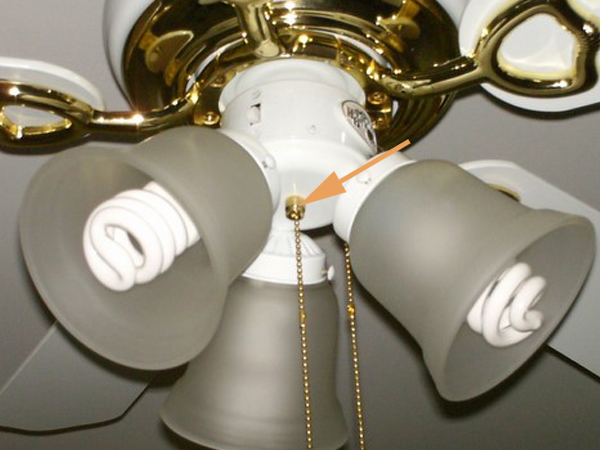 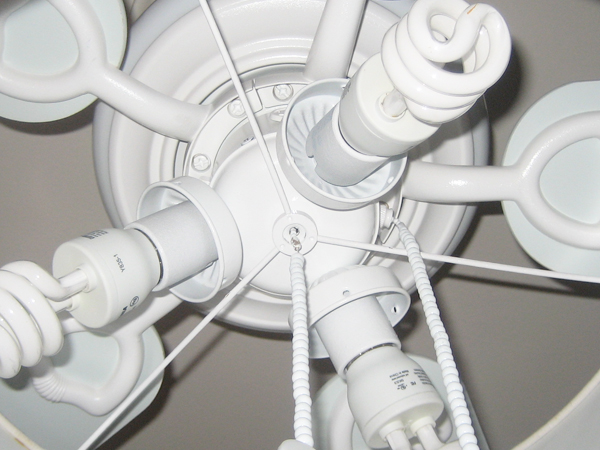 I discarded the glass light covers and the ball-chain pulls,  reattached the fan blades and brackets, and then the facelift was complete.  Here’s the result: 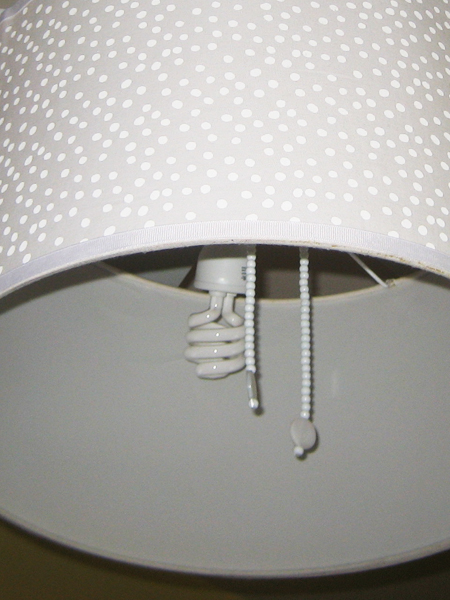 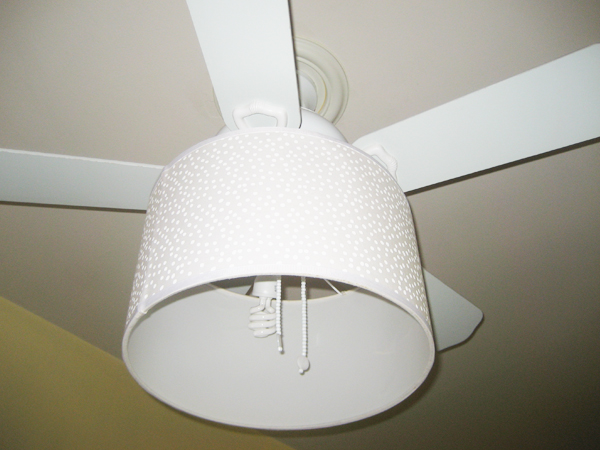 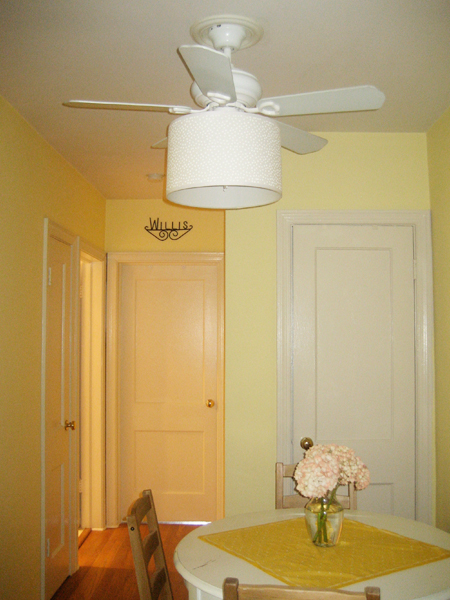 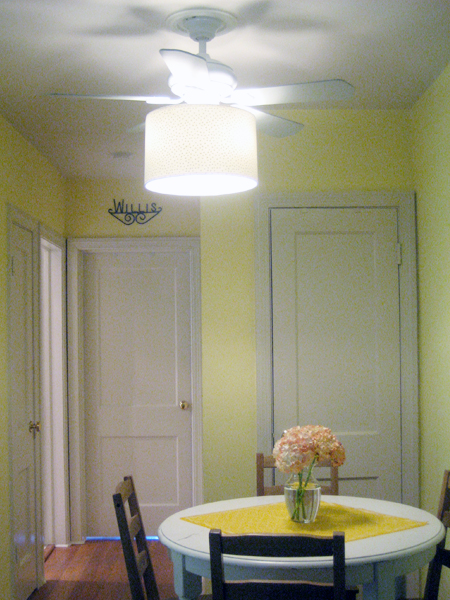 I'm really pleased with how this turned out.  In fact, it might be one of my most proud DIY projects to date.  If you’re a fan (pun intended) pretty please sign up to become a subscriber of this, my Very Fond Of blog.  More details here. 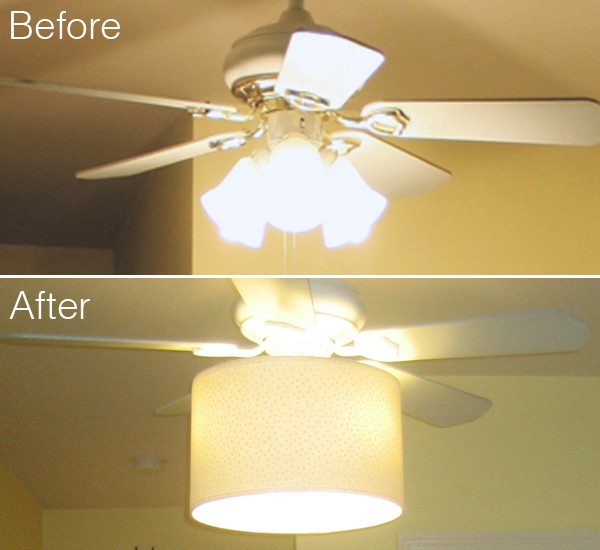 Email ThisBlogThis!Share to TwitterShare to FacebookShare to Pinterest
Labels: DIY, My Apartment

Nice! I'm going to try this! Thanks for posting :)

What is the lampshade hanging from?

did you glue the lampshade to the fan?

Brilliant! I Wish there was a way to cover the bottom so we don't have to see the "twists". Thank you for sharing!

How is the lampshade attached?

Beautiful! How is the lampshade attached to the nut at the center of the fan? The new beaded pulls are a really nice touch.

i think they sell extenders if your shade sits too close to a lamp. i bet thst would help.

How did you attach the lamp shade? Did you glue it?

Nice article, Which you have shared here about the ceiling fans. This lighting ceiling fan is looking very beautiful and I liked it. Thank you for sharing this article here. Ceiling Fan Installation Adelaide 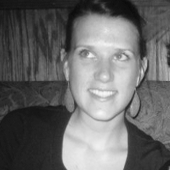